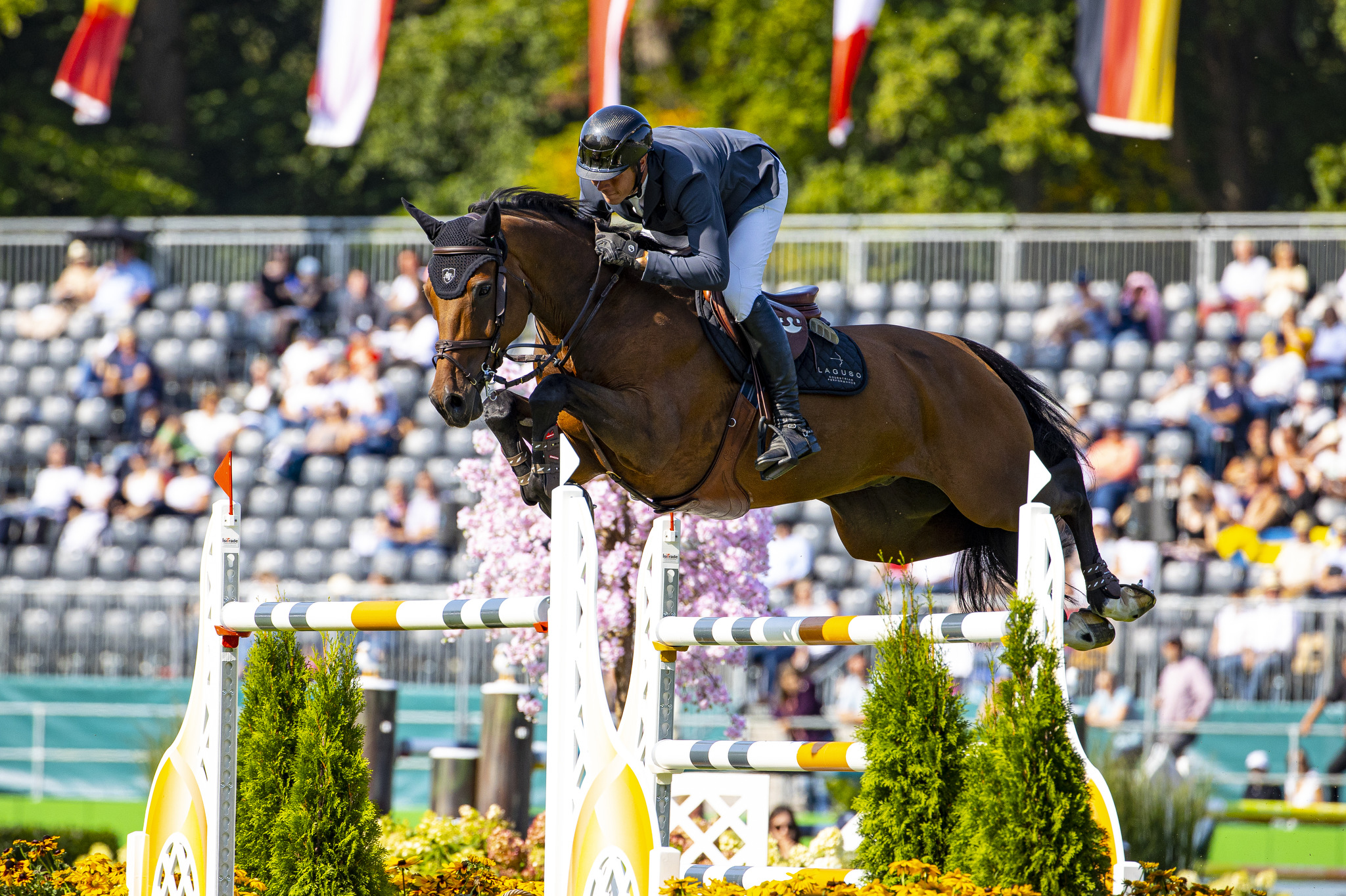 David Will and Quentucky Jolly win the Grand Prix of Riesenbeck

When they have to ride against David Will in the jump-off, the competitors know that nothing will be given to them for free on that day. If Will is then also sitting in the saddle of the lively little Frenchman Quentucky Jolly (v. Nirvana V) , it will be even tighter.

As David Will tells, “I love this horse so much! He’s already 17, but he’s motivated from head to tail. He likes nothing better than to go fast. He knows exactly that it’s time for the jump-off when he has completed a course at normal speed and then has to go again. He is then totally on and absolutely with you. He loves the tight turns. I have to ride rather slowly and take the turns wider, because he always goes around faster and tighter than I actually planned. In the jump-off, he knows exactly, here we go and then he really has fun!” Today, this led to him literally flying away from the other 16 competitors in the jump-off in the CSI3* Grand Prix of Riesenbeck presented by Nolte Küchen.

His ears always in front and always looking for the next obstacle, he shaved more than two seconds off the leading time, stopping the clocks on 39.86. This ensured them the victory. Second place went to Lillie Keenan and Skyhorse (v. Calvaro F.C), who as the second pair in the jump-off set the standard not only in terms of time but also in terms of style with their 42.14 seconds. What a beautiful round to watch from the 24-year-old! Belgium’s Nicola Philippaerts has a subscription to third place this weekend. After he and the Belgian team won bronze in the team final of the Longines FEI Jumping European Championship 2021 yesterday after a furious chase, it was again a third place today.

This time Philippaerts was in the saddle of the ten-year-old stallion Gijs (v. Kashmir van Schuttershof). As the last pair in the jump-off, the two would still have had the opportunity to challenge Will for the victory. But even the big galloping Gijs did not come close to matching the time of Will and Quentucky Jolly and the clock stopped at 42.98 seconds. The Riesenbeck audience witnessed in bright sunshine how David Will got his third golden ribbon this weekend and the second with Quentucky Jolly, because the two had already won the qualification for the Grand Prix yesterday. “To be here in Riesenbeck International is very special.

It’s my first championship, it’s in Germany and it’s the first time again in front of a real audience. Then to win the Grand Prix today was super!”

The individual decision of the Longines FEI Jumping European Championship will be broadcasted live on the following channels:

Continue Reading
You may also like...
Related Topics:CSI Riesenbeck, David Will, Featured