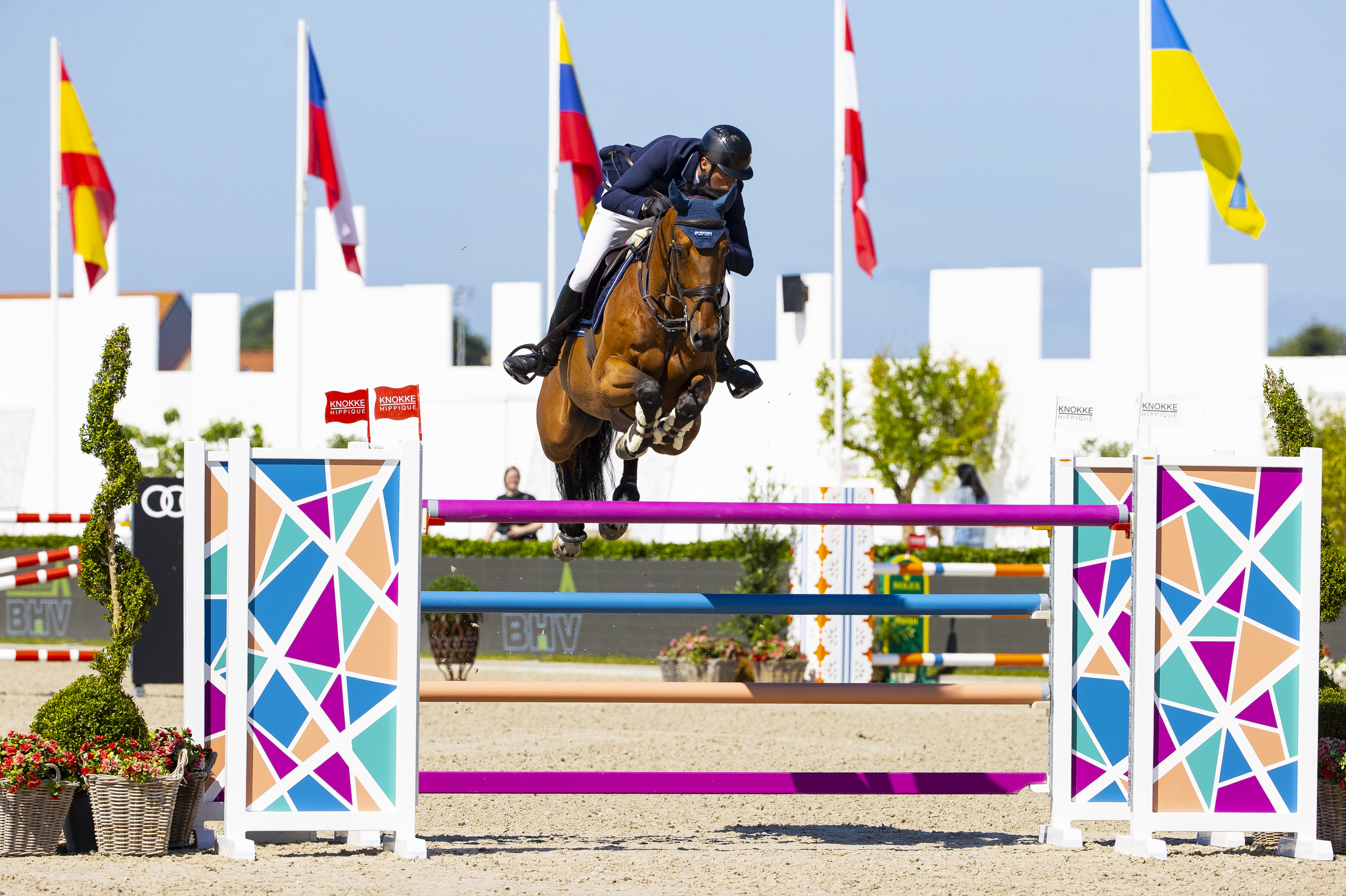 Knokke Hippique is back for week three at the beautiful Belgian seaside. Today was the first day of qualifying classes for the this weekend’s Grand Prix classes.

The CSI3* GP qualifier, presented by STX Motorhomes, was run as a 1m45 Table A against the clock, and had a total of 75 starters. The course was technical and the jumps came quickly. But in the end it was the Belgian, Dominique Hendrickx, who could clinch the win on his mount Vintadge de La Roque. Not Hendricks first achievement at Knokke Hippique, having spent the whole three week tour here already enjoying a multitude of successes.

The second place went to another Belgian rider, Karel Cox, and Kill Bill Max, who was only 00:20s slower. Third place was awarded to Eduardo Pereira De Menezes and Calypso des Matis, who has additionally been relishing a successful tour at Knokke Hippique so far and is currently the overall leading 3* rider in for a chance of winning an STX 2 Horse truck for a year.

And lastly, but by no means least, the CSI1* GP qualifier presented by Carlsberg 0,0% was won by the frenchman Thierry Turpin and his Selle Francais, Virevolte de Cluis. He was closely followed by Toon Maes (BEL) and Harry’s Chat Girl Z. Julie Welles (USA) and her mare Chaccadella took third place.

Continue Reading
You may also like...
Related Topics:Featured, Knokke Hippique

Preparing for the Grand Slam: Two Rolex GP’s to watch out for first
Eduardo Pereira De Menezes unbeatable in the CSI3* Grand Prix of Knokke Hippique