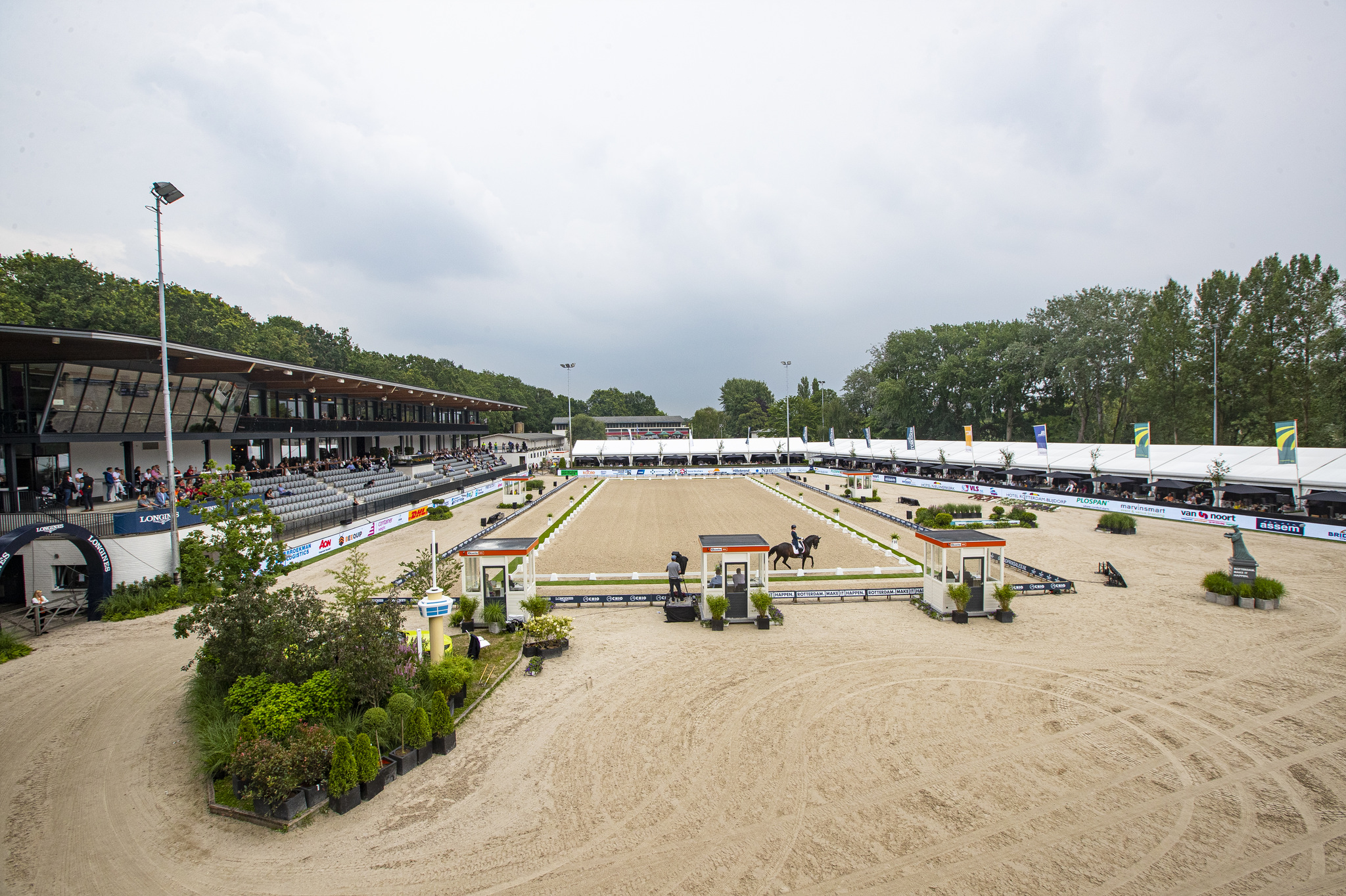 On Saturday afternoon Hans Peter Minderhoud and Glock’s Dream Boy N.O.P. (v. Vivaldi) were the first to come out for The Netherlands, scoring an impressive 78,894% in their Grand Prix Special. Dinja van Liere – who safe to say had an insanly unfortunate day after having their Olympic dreams shattered – managed to set all troubles aside and ride her bay stallion Hermes (v. Easy Game) to 73,489%. Not only helping her team further towards victory, but also winning second place in the Luxaflex Prize. The Dutch continued their magic spell in the Freestyle. Edward Gal and Glock’s Total US (v. Totilas) scored a whopping 84,280%. Marlies van Baalen and her Totilas-son Go Legend scored 77,695%.

It was Isabell Werth though who won the Rotterdam Topsport Prize with Weihegold Old. (v. Blue Hors Don Schufro) scoring an amazing 87,530% and with that securing her team’s second placing. Her compatriots Dorothee Schneider and DSP Sammy Davis Jr. (v. San Remo) scored 80,065% in her Freestyle, Matthias Bouten and Meggle’s Boston (v. Johnson TN) scored 73,000% in their Special and Matthias Alexander Rath and Foundation ended only just below him with 72,915%.

Continue Reading
You may also like...
Related Topics:CHIO Rotterdam, Featured