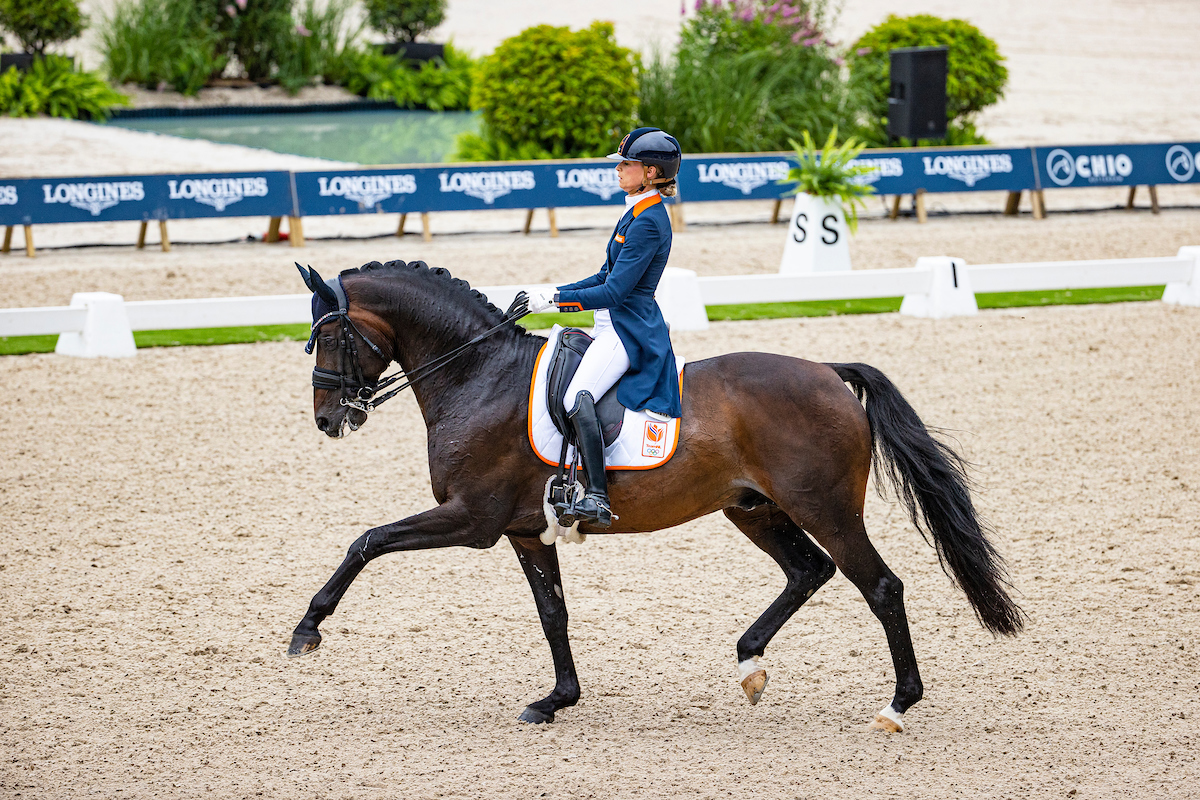 Update: According to recent press release by the KNHS the Court of Arbitration for Sport (CAS) has denied their appeal for preliminary injunction to have the FEI resort the administrative error made in the registration of Dinja van Liere’s Hermes (see below). This means that the Dutch chef d’equipe Alex van Silfhout looses the option to have Van Liere and Hermes be part of his Olympic dressage team. Who will be representing The Netherlands will be announced later today.

An administrative error is keeping away Dinja van Liere’s Hermes from competing at the Olympic Games in Tokio. Hermes, having been owned by Dutchman Joop van Uytert, is found to have German nationality in the FEI database, making it impossible for him to travel to Tokyo and representing The Netherlands.

According to a press release by the Dutch federation Hermes was been in full ownership by Joop van Uytert since June 2018. Although the Dutch address appears to be noted correctly in the FEI database, the registration is linked to a German country code. Investigation turns out that this administrative error was made by an FEI intern, who’s name is known. KNHS went to appeal, but the FEI isn’t willing to appear in front of the Court of Arbitration for Sport, meaning the chances of the error being corrected are very, very slim.