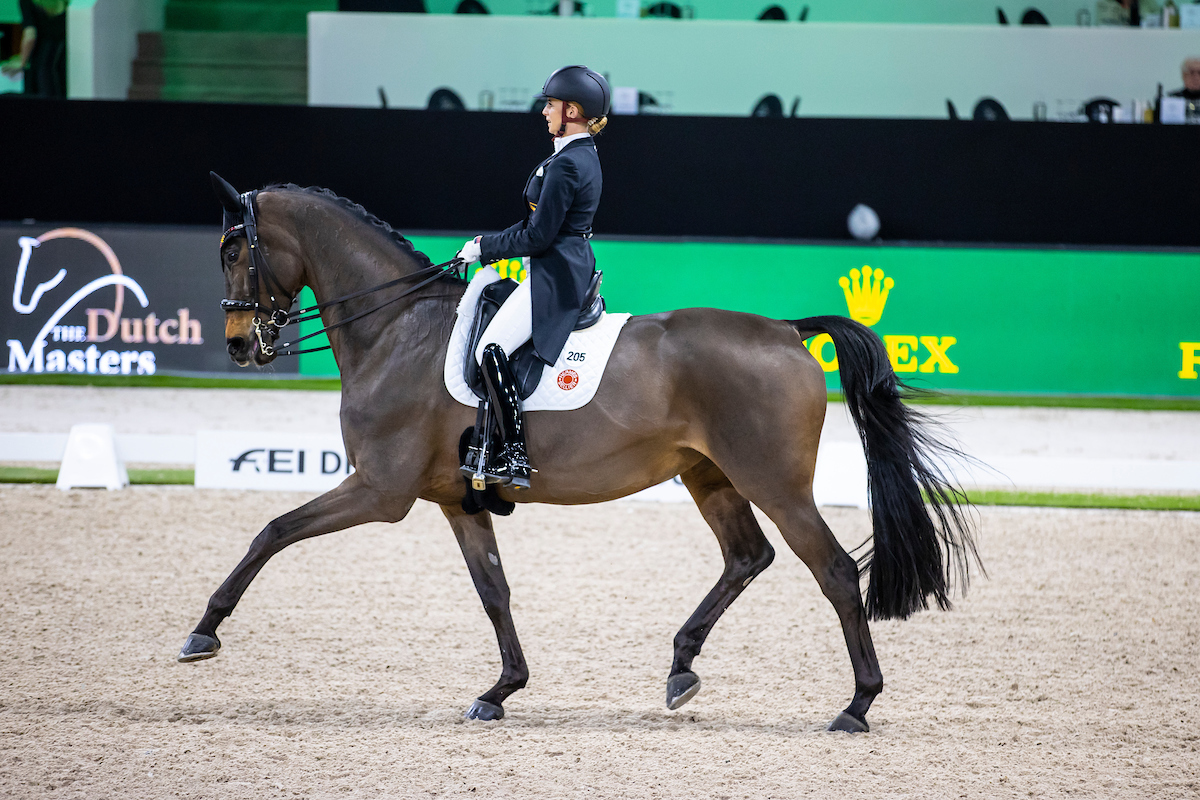 The Short Grand Prix, part of the FEI Dressage World Cup during The Dutch Masters in ‘s-Hertogenbosch, was won by the German Jessica von Bredow-Werndl and TSF Dalera BB (v. Easy Game). The pair scored a percentage of 84.026% and was unanimously placed in the first podium spot.

This afternoon the program will continue with jumping: the NAB Bliksembeveiliging Prize over 1,40 meter will start at 14:00, followed by the 1,45 meter Gemeente ‘s-Hertogenbosch Prize and the day will be closed by the 1,50 meter VDL Groep Prize.

More in The Dutch Masters