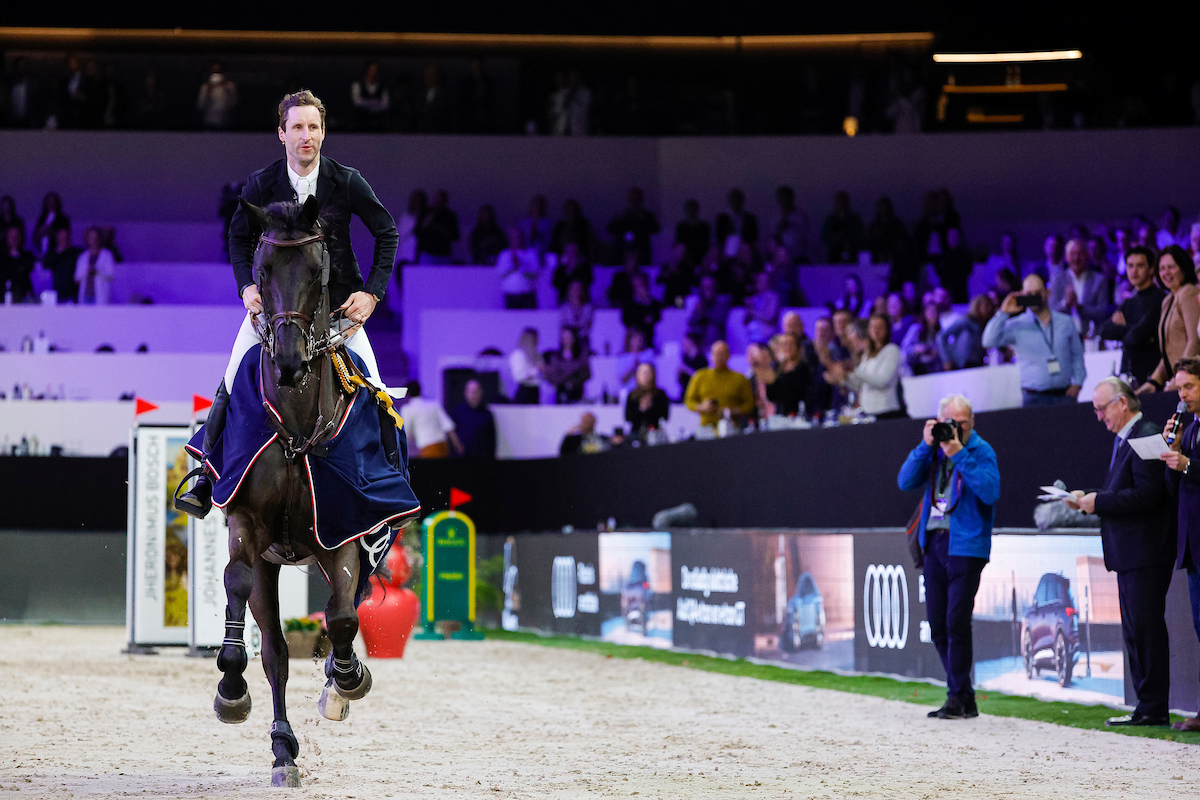 Another convincing win for the Jessica von Bredow-Werndl in the FEI Dressage World Cup of ‘s-Hertogenbosch. She rode her TSF Dalera BB (v. Easy Game) to an almighty 90.555% in the Grand Prix Freestyle, leaving her nearest competitiors percentages behind.

Like yesterday, Isabell Werth finished second with DSP Quantaz and a percentage of 84.870% and the third place went to the Swedish Patrik Kittel, in the saddle of the Fürst Fugger-mare Forever Young HRH.

Dutch podium in the derby

The Grand Prix Freestyle was followed up by a Dutch podium in the CSI5* Van Schijndel Bouwgroep Prize over 1.45 meters. Kevin Jochems took the victory by remaining clear with his Cornet’s Stern-son Cornetboy in a time of 58.64 seconds. Jens van Grunsven stayed clear too, but was just a tiny bit slower then Jochems. He steered his Idextro (v. Dexter R) around in 60.44 seconds. Third place went to Maikel van der Vleuten and Edgar (v. Warrant). The indoor derby proved to be a difficult one, with very few clear rounds and multiple retirements.

Continue Reading
You may also like...
Related Topics:Featured, Indoor Brabant, The Dutch Masters

More in The Dutch Masters