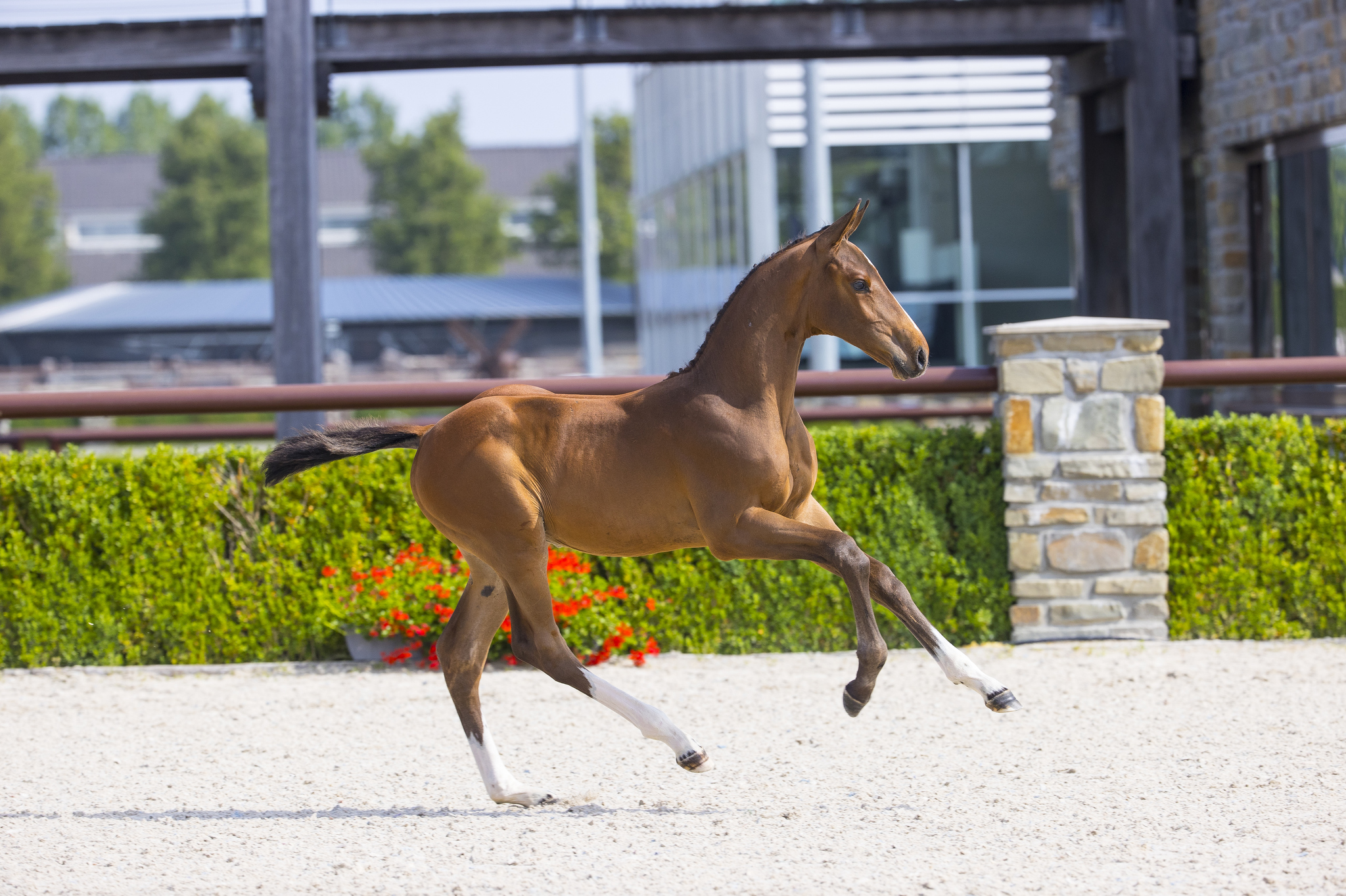 Wednesday evening the virtual hammer dropped on the 15 foals in Trigon Auctions’ second collection of the 2021 foal season. Just like in the first auction of the season all foals were sold with an average price of just over €15.000,-.

Top seller of the night was Bridgestone 2000 Z by Balou de Reventon. This battle over this colt was fierce leading up to the final day and it was buyer from Guatemala who secured the foal for a whopping €41.000,-.

Mumbai-daughter Remember Me JB finished at €30.000,- and will stay in The Netherlands with two Belgian bred foals selling at €22.000,- and leaving to Mexico and Canada.

The next auction will be launched on 20 August and closes on Wednesday 25August, the week after the Longines Global Champions Tour in Valkenswaard where the team will be present.

With foal selections still going on the team has also started to recruit 3 year old horses for the auctions in October, November and December. Owners can register via the Trigon Auctions website.

Trigon Auctions: Just a few more days to bid on your future star!