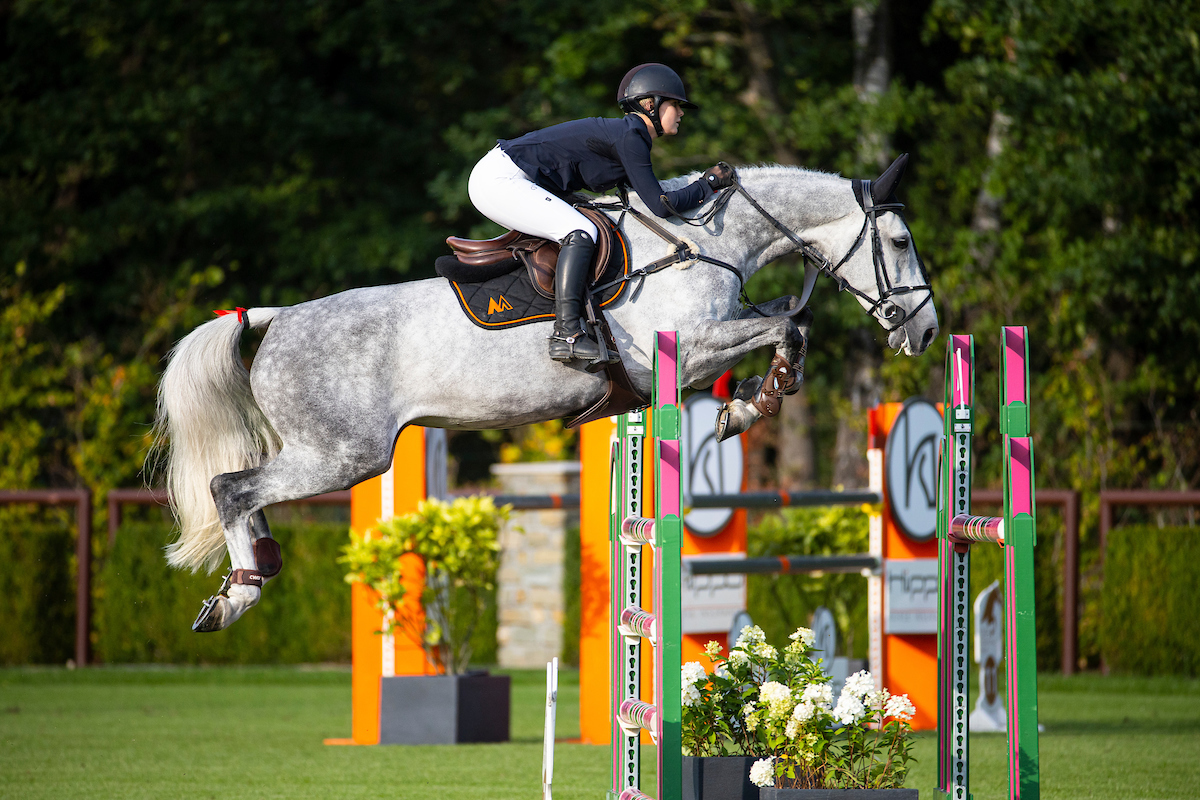 After another thrilling day on the Tops International Arena showgrounds, the list of finalists is complete. Although the horses start with a clean slate, the odds seem best for five-year-old Mariekske A (Edinburgh), six-year-old Laska JDV (Gaspahr) and the seven-year-old Kilimanjaro (Eldorado van de Zeshoek), who ended on top in the respective categories after jumping two rounds over two days.

The four-year-olds also made an appearance today: Nelson (Highway M TN) ridden by Renee de Weert scored a 8,5 for his jumping technique and 8,6 for his going between fences. Notante JDV (Jacadello) presented by Stephanie Whitworth ended in second place with two 8,5’s. Lourdes (Catch), ridden by Sanna Bergs-Olsson scored an 8,2 and a 8,5. The twenty-five best four-year-olds will ride in the final tomorrow morning.

The complete results can be found here. The first final starts tomorrow at 8:30 and can be followed live through ClipMyHorse.