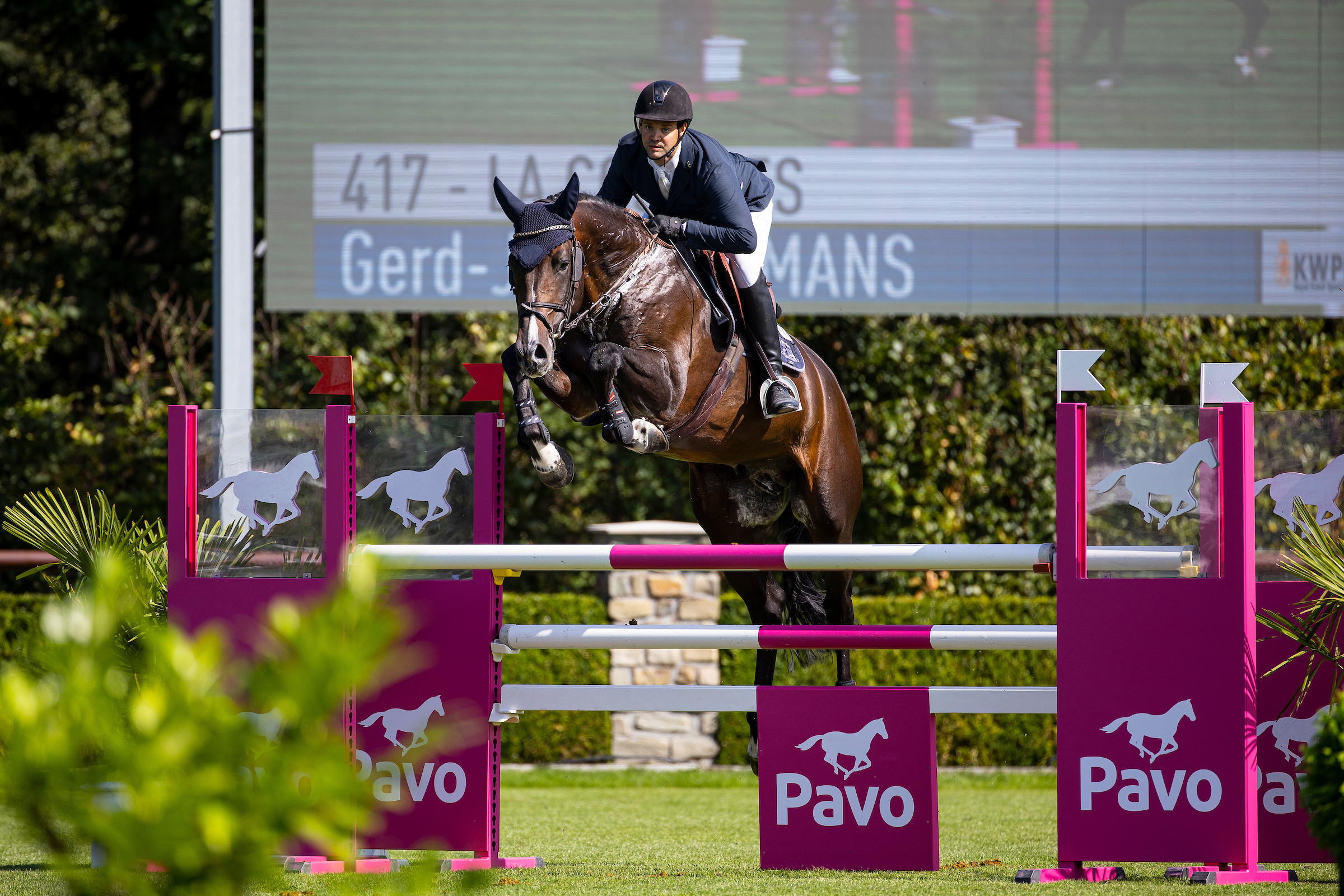 La Costa ES (Mosito van het Hellehof x Cumano) ended on top in the first part of the six-year-old semi-finals. Ridden by Gerd-Jan Horsmans the KWPN-approved stallion cleared the course in 68,70 seconds. A total of 56 six-year-olds remained clear. All horses will appear in the second part of the semi-finals tomorrow, in a bid to qualify for the final on Wednesday.

In the class for five-year-olds, it was the KWPN-approved Maestro Gusto v/d Laarse Heide that lead the pack, ridden by Nikita Cheung. Sixty-one five-year-olds remained clear, all of them will make an appearance in the arena again tomorrow.

The Comme Il Faut-gelding Kyfo was the best seven-year-old in today’s class. He was presented by Oda Charlotte Lyngvaer. Of the seven-year-olds, twenty horses remained faultless.

The Blom Cup (or KWPN Young Jumping Horses Championship) is a annual event for four-, five-, six- and seven-year old KWPN-bred (or KWPN-approved) horses, held at Tops International Arena in Valkenswaard, The Netherlands. Admission is free and the competition can be followed live through ClipMyHorse.