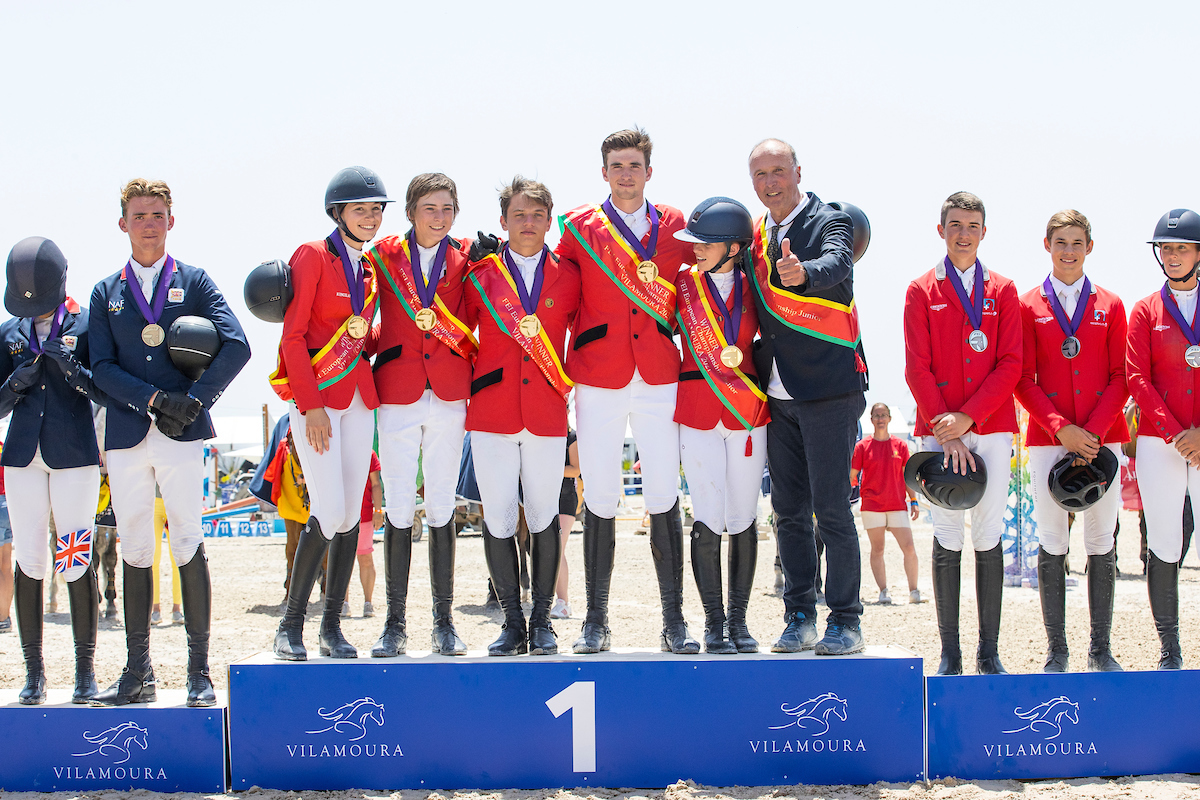 Ahead of the individual final, the Irish rider Tom Wachmann and his HH Fireball (v. Number One D’Iso) are in the lead with a score of 0,35. He’s followed closely by Ava Vernon and Jolie Fleur van de Noordheuvel for Great Britain with a score of 0,39 and the French rider Alice Laine with Emerald Sitte with a total of 4,42.

In the second qualifier of the Young Riders, Lily Attwood, did an amazing clear round in only 72,64 seconds, confirming the great results of the British riders today, after the third place achieved in the Juniors Nations Cup. In the individual ranking she’s just below Germany’s Matthis Westendarp with Stalido (v. Stakkato) with a total score of 1,45 compared to Attwood’s 2,05. Holding onto third place is the Belgian rider Emilie Conter with Balento C.S. (v. Balou du Rouet) scoring 3,14.

It’s the Belgian team that however has taken the lead in the Young Rider team competition as well, with a score of 13,35. They’re followed by the Irish with 15,56 and Germany with 16,36.

Another strong performance from Belgian youngsters at EC Vilamoura
Behind the scenes: Belgian Young Riders take victory at European Championships