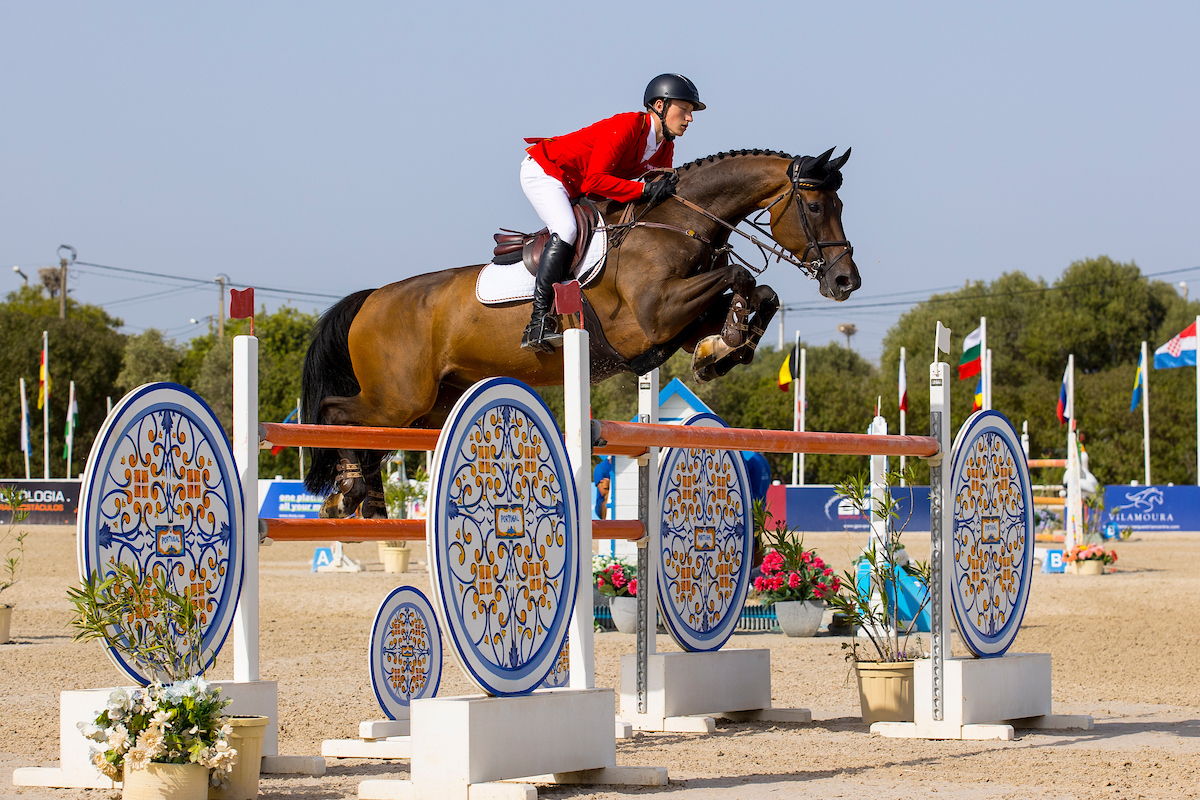 Starting for the Farewell classes at the FEI European Jumping Championships, in the Children’s category, the Hungarian Rodrigo Szuhai riding Chacco Boy was yesterday’s winner, the Irish Emily Moloney and Gvs Goodwins Queen were second and the third position was occupied by the German Fabio Thielen and Dede V. The Young Riders had only four combinations competing for the Farewell (two Russians, one Irish and one Italian) and the winner was the Russian Ksenia Khairulina, riding Flipperboy.

The Young Riders category added another black, red and yellow flag to the winner’s list, but this time it was a different one… the one from Germany. Matthis Westendarp riding Stalido, assured the advantage we brought from the Second Competition and with a Double Clear, ended the competition with a total 5,45 points. The Whitaker family was once again represented in the competition by Jack, that riding Scenletha confirmed the great British results in the event. The Belgium Emilie Conter and Balento C.S, were the bronze medalists.

The Childrens category was the most disputed individual ranking of the event, having a jump-off, after the two rounds of the final, composed by five combinations. The Finnish Hugo Kogelnig riding Vermont 2, was fast (30,72) and got really close to the victory, after two combinations with 4 points (Seppe Wouters and Porthos Maestro Wh Z and Anna Marie Vitek and Chacco’s Amke, 4th and 3rd respectively). But the happiness was too short, because after him entering the arena, was the Hungarian Gyula Szuhai Jr. riding Perthy Jackson, that got the gold and cleared the round in only 30,43. Not much to do from the Swiss Lou Puch and Vitalhorse Un Amour La Goula that ended with 8 points.