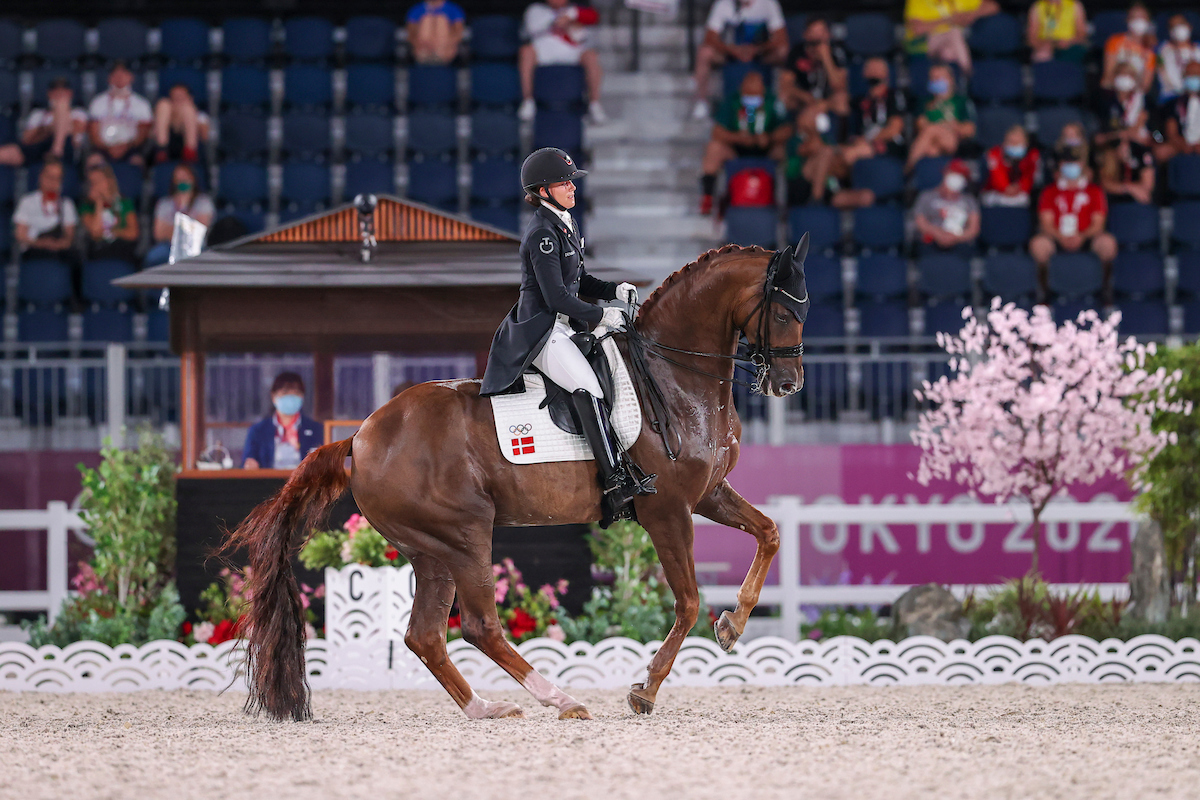 A brilliant start for Jessica von Bredow-Werndl and Cathrine Dufour. With a wonderful opening Grand Prix test, Bredow-Werndl (GER) and TSF Dalera scored 84,379%. With that result she qualified for the Grand Prix Freestyle and noted down the highest score of today. Cathrine Dufour (DEN) and her Bohemian showed a lovely smooth, balanced and harmonic test in the opening qualifier, scoring an impressive 81,056%. With that result she did not only rank second of the day, but also topped the group B ranking and qualified for the Freestyle.

For The Netherlands Edward Gal scored an impressive 78,649% with the nine year old Total US (v. Totilas). “It was the test I had wished for”, Gal told the Dutch Federation KNHS after finishing his ride. “Total US did absolutely fantastic, although I know he can do even beter. He’s still young and green, and I’m sure he could do with even more suppleness. I hope I’ll be able to show even more of his qualities in the Grand Prix Special, but this first result is very promising already.” Compatriot Hans Peter Minderhoud scored 76,817% with Dream Boy.

Qualified for the individual Grand Prix Freestyle today already are Charlotte Fry (GBR) with Everdale scoring 77,096% as well as Therese Nilshagen (SWE) with Dante Weltino OLD scoring 75,140%. From group B Cathrine Dufour (DEN) and Bohemian and Edward Gal (NED) and Total US have been qualified and lastly, Jessica von Bredow-Werndl (GER) with TSF Dalera and Sabine Schut-Kery (USA) with Sanceo qualified from group C. More results can be found here.

Update: Tokyo Olympics – When to watch, where to watch
Dirk’s Favourite: Larissa Pauluis’ touching tribute to her husband Grégoire