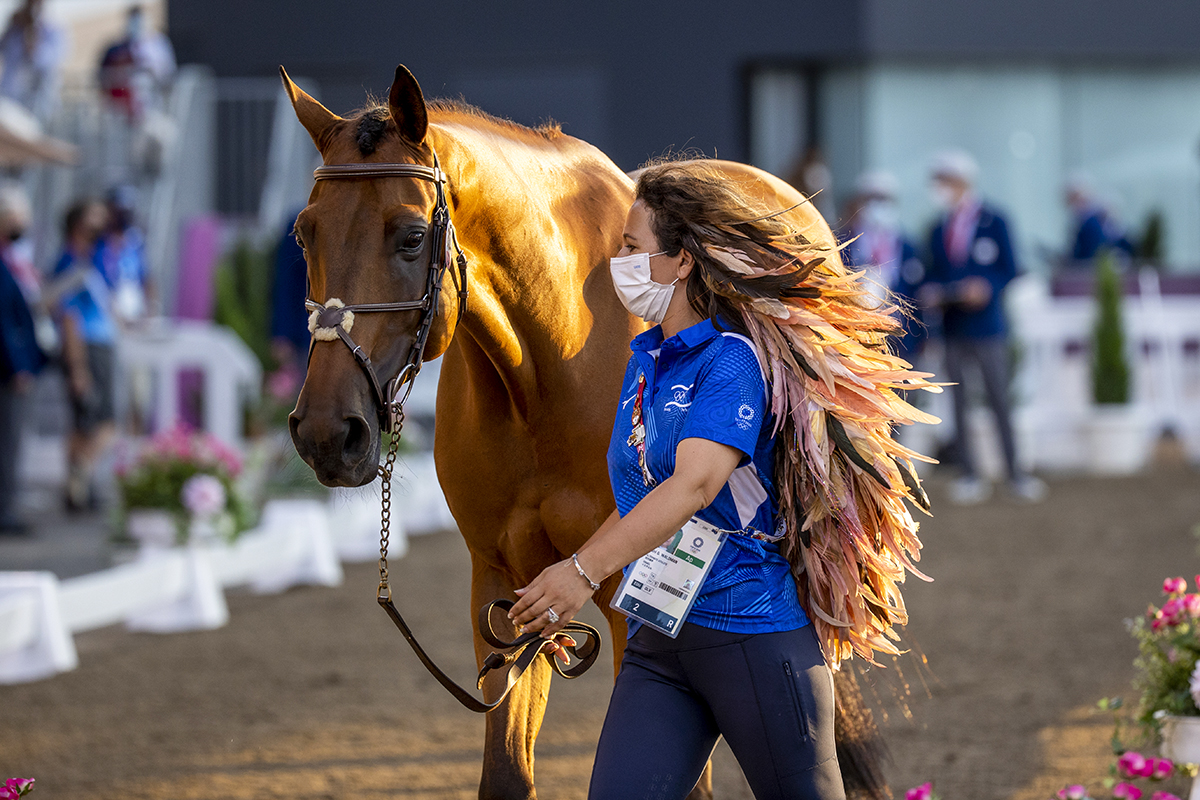 Photo of the Day

During these 2020 Olympics, our Belgian colleague Dirk Caremans keeps us up to date on all that’s happening in and around the Tokyo Equestrian Village, completing our news articles with his fantastic photographs. In addition, Dirk provides us with a daily update sharing his favourite photo of the day.

A bit of a foresight from Dirk, when he sent us his pick yesterday evening… This afternoon a lot of confusion was raised as to why Dani Waldman isn’t on tomorrow’s individual start list. For as far as we know, on July 9th we posted this article, based on then freshly publised, publicly available FEI-list of Olympic candidates, where Waldman was stated to be a substitute rider. Changes in other teams have been made since, but not for the Israeli team. According to FEI regulations, only three riders are able to participate per nation, covering both the team and individual competitions. For this reason, we won’t be able to see Dani participate at the Games, at least not unless a rider change is made.

At least Dirk made sure we got to see her signature feathery hairdo by capturing them during the vet-check. With the golden sunset shining upon them, they certainly matched the colour and sparkle of the gold, silver and bronze medals Waldman might have been dreaming of…

More in Photo of the Day