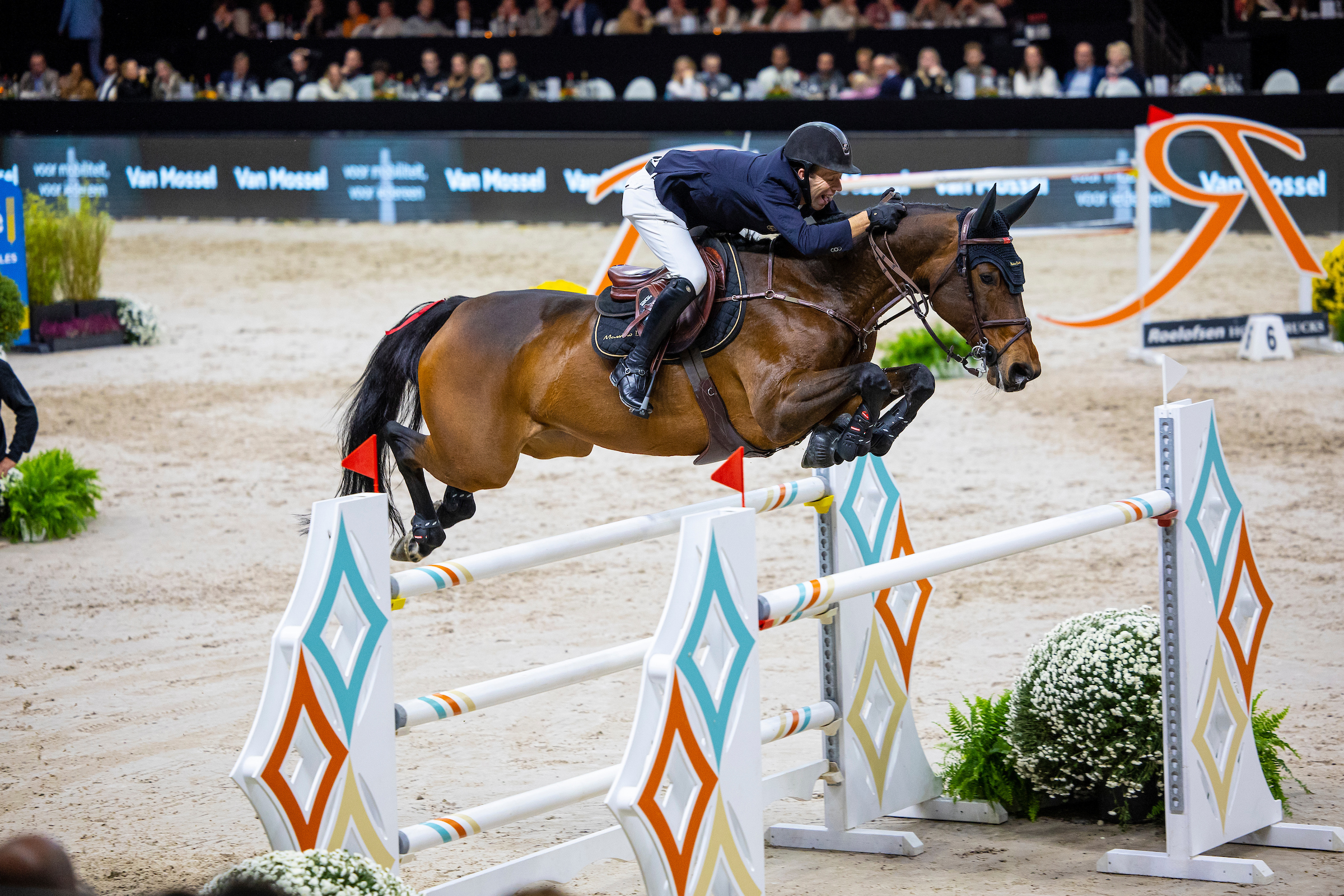 You could hear a pin drop when Dutchman Maikel van der Vleuten steered his Eldorado v/d Zeshoek-mare El Wikke through Louis Konickx’ 1.55 meter course in the arena of MECC in Maastricht, The Netherlands. With great pace he managed to put in an amazingly quick clear jump-off round, to great joy of the enthusiastic Dutch public. He managed to take the victory in a blistering fast time of 42,10 seconds.

Both the double and the final fence proved to be difficult to many: Kim Emmen, Conor Drain, Pim Mulder, Willem Greve, Niels Bruynseels, William Funnell and Shane Breen all were tricked by one or both of these obstacles.

The top six was made complete by Eric van der Vleuten and the chestnut gelding Dreamland (Sunday de Riverland x For Pleasure) who were the last combination to stay clear in the jump-off.