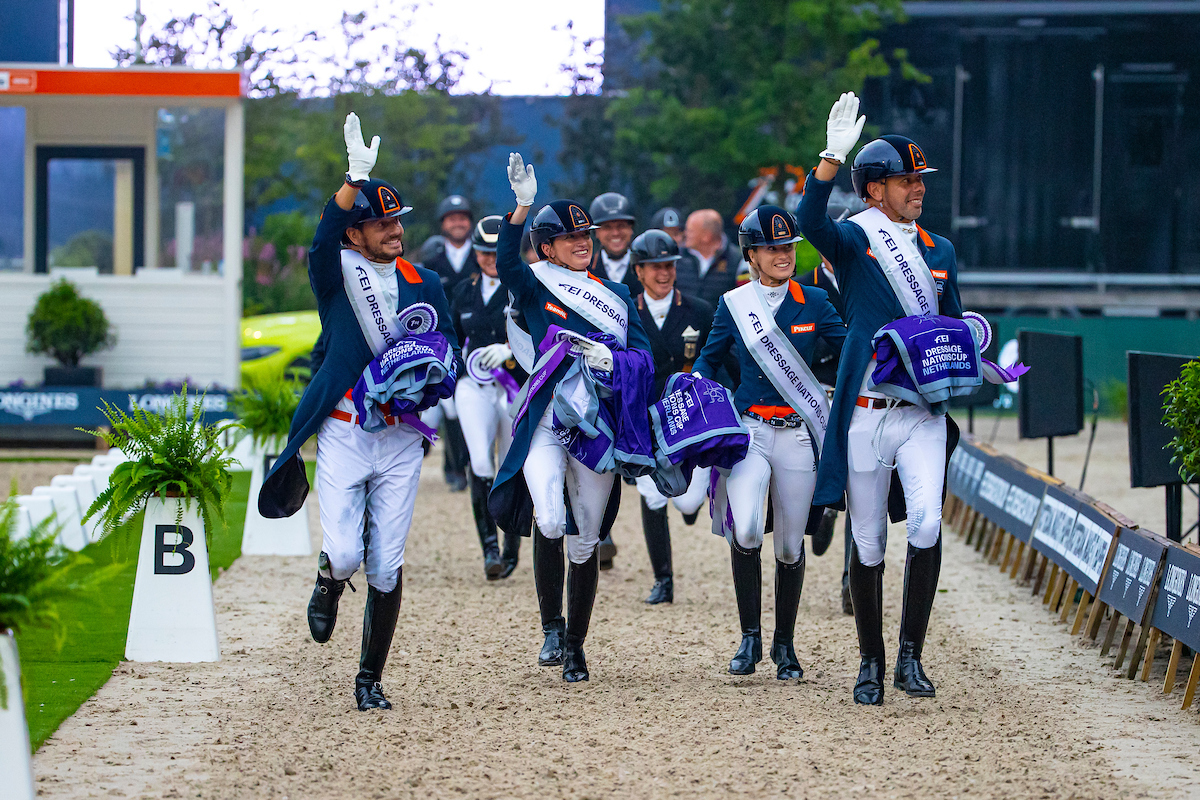 The Dutch federation KNHS just announced its teams for the Tokyo Olympic Games. Chef d’equipe Alex van Silfhout will bring Edward Gal and Glock’s Total US, Hans Peter Minderhoud with Glock’s Dreamboy N.O.P. and Marlies van Baalen with Go Legend with him to Japan. Dinja van Liere will be travelling reserve with Haute Couture, after receiving the news that her horse Hermes will definitely not be able to represent the country. Glock’s Toto Jr. N.O.P. will be Edward Gal’s reserve and join quarantaine with the other horses.

Chef d’equipe Andrew Heffernan selected Merel Blom with The Quizmaster and Janneke Boonzaaijer with ACSI Champ de Tailleur to represent the country in the discipline of eventing.

You’ll be able to find a video of the selected riders here.

Continue Reading
You may also like...
Related Topics:Featured, Tokyo Olympics

Opportunity to learn from the best: Isabell Werth joins CHIO Aachen CAMPUS
Back on this year’s calendar: The Morocco Royal Tour