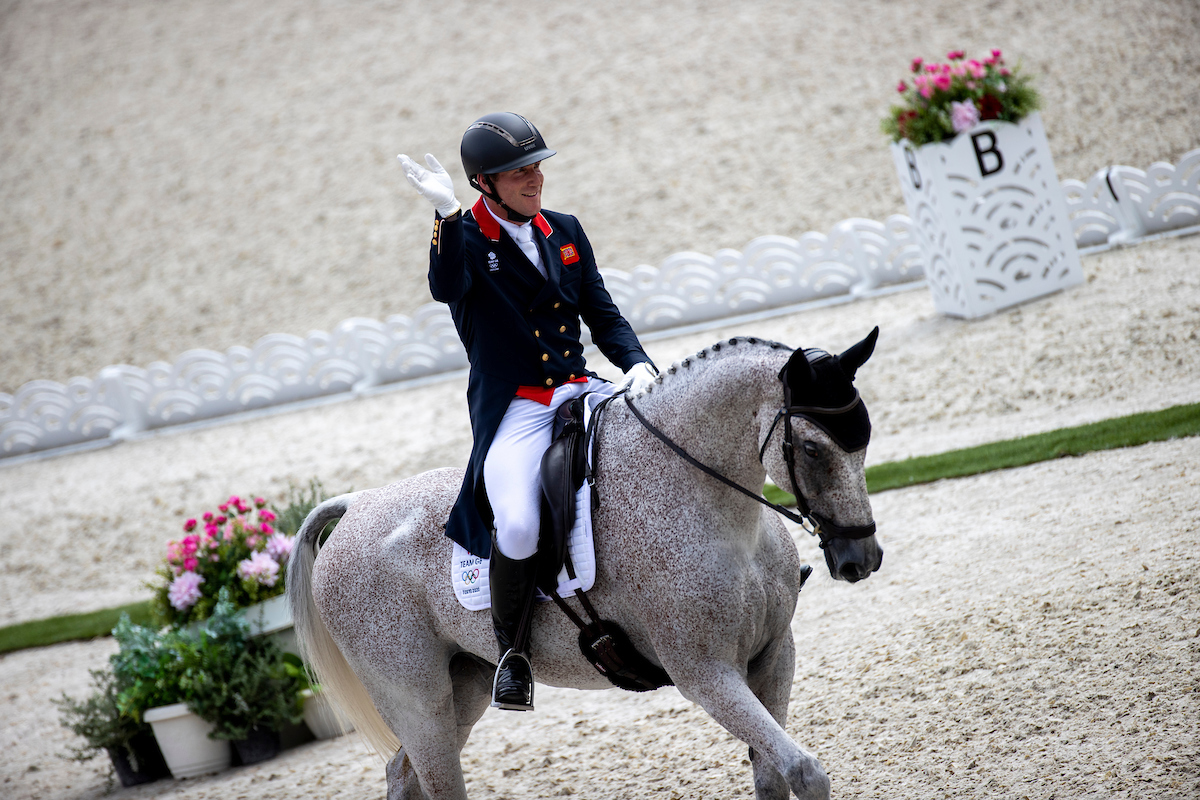 Eventing at the 2020 Tokyo Olympics: First dressage results are in

It was bright day in Tokyo, but the middle of the night here in Europe, when the Olympic eventing athletes entered the ring of Tokyo Equestrian Park for their dressage test. The participants are divided over three sessions: two groups will rider their test on Friday and one group will do so on Saturday. Sunday at 00:45 CET the riders and horses will take part in the cross country, followed by the jumping on Monday 09:45 CET.

Ending on top in last night’s group was Oliver Townend (GBR) riding the fourteen year old Irish Sporthorse Ballaghmor Class (v. Courage II). The came to a total of 23,60 penalty points. The current top team is Great Britain as well with 49,40 penalty points with both Oliver Townend and Laura Collett and London 52 having completed their dressage tests. Tom McEwen and Toledo de Kerser are yet to ride their test tomorrow.

The Japanese group is in close second with 58,60 penalty points and Switzerland is in third place with 62,80 points, with both still awaiting the result of their third combination’s test as well. You’ll be able to find all the (live) dressage results over here.

Janneke Boonzaaijer and Merel Blom for The Netherlands have yet to ride their test. The Dutch haven’t been qualified with a team, but will bid towards the individual medals. Janneke Boonzaaijer and Champ de Tailleur (v. Quiam de Revel) are planned to ride their test today at 12:44 CET and Merel Blom and The Quizmaster (v. Albaran XX) will enter the ring tomorrow at 01:48 CET. Our colleague Dirk Caremans captured the Dutch riders during their training earlier this week…

You’ll be able to find all start lists and results here. DigiShots will be here with you on Sunday night, live blogging to you about all thrills and spills of the cross country.