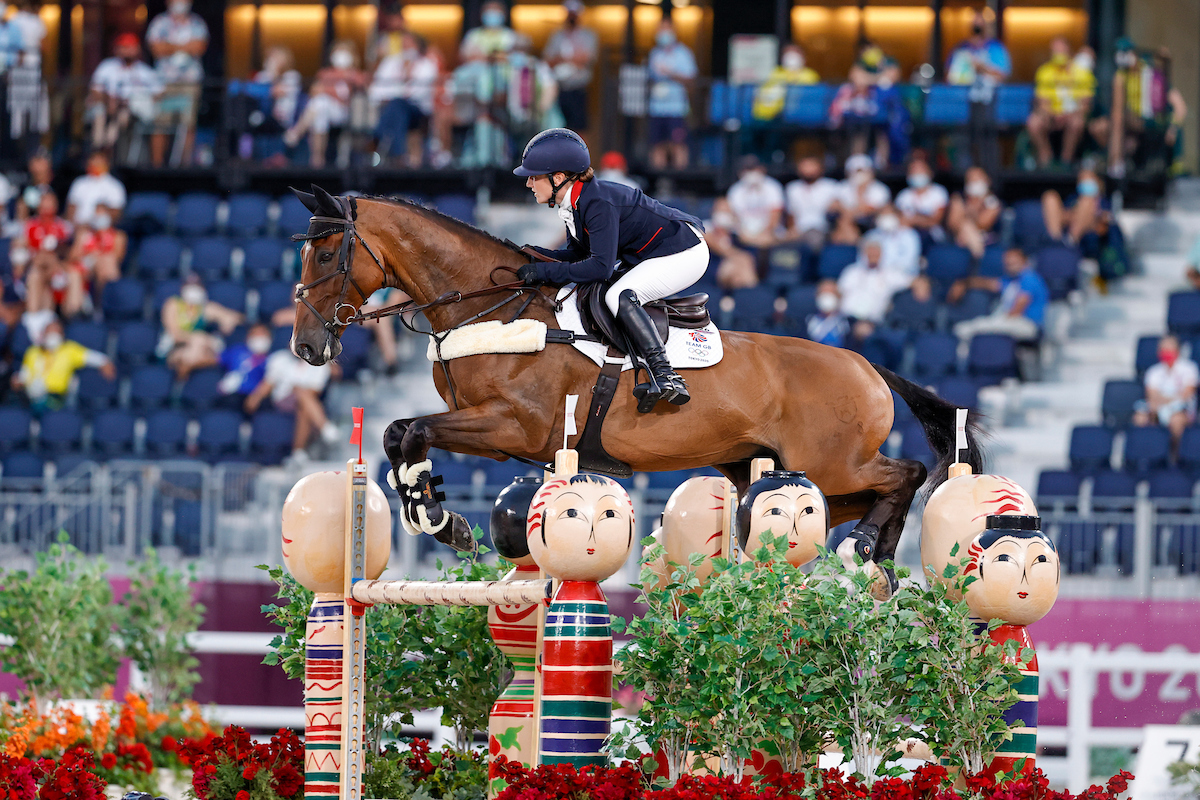 Team Great-Britain wins Olympic eventing gold! Silver goes to Australia and France takes the bronze. DigiShots was there to report to you live, keeping you up to date on all the action and the latest photographs of our colleague Dirk Caremans. Down below you’ll be able to read back the full report.

It’s team Great Britain that had the very best odds going into the team final: without the possibility for a strikethrough result the three British riders are standing on a total of 78,30 penalty points. Oliver Townend (GBR) and Ballaghmore Class lead the individual rankings with 23,60 penalty points after their dressage and cross country. With both the Belgium and two Dutch combinations out of the competition, our eyes will be the many world-class riders that’ll try their best towards an Olympic victory. You’ll be able to find the complete startlist over here.

Without a team, Austrian rider Lea Siegl jumped her heart out towards qualifying herself for the individual finale. Her DP Fighting Line (v. Ostermond XX) put in a wonderful clear effort, which means we’ll be seeing the combination back later this afternoon. She’s currently ranking fourth, with the 25 best combinations able to participate in the individual finale.

Riding Diachello (v. Diarado), Jesse Campbell for New Zealand adds a 0,40 point time penalty to their score. They’re now at 44,90 points, with a team total of 104,40 putting his country in fourth place.

3. France in third after Nicolas Touzaint’s clear round

A lovely clear round for Nicolas Touzaint and Absolut Gold for France. They’re individually ranking in second place now, with 33,90 points. Their team is in place three.

Kevin McNab for Australia stayed clear in his jumping round, riding Don Quidam (v. Quidam) keeping his team total on 96,20 points and a current second place.

With the first couple of riders completing their jumping course, Great Britain is firmly holding onto the first sport in the team ranking. Tom McEwen and Toledo de Kerser (v. Diamant de Semilly) put in an absolutely textbook round. The pair remained faultless within the time, remaining on their individual score of 28,90 points and their team total of 78,30.

6. Clear round for Michael Jung (GER)

A lovely clear effort for Michael Jung and Chipmunk FRH. The reigning gold medalist started his showjumping round with a dressage score of 21,10 and 11,00 penalties in the cross country (by touching that dreaded fence 14 pin). No additional penalties were added to that, putting the German rider in second place individually with 32,10 points. With a clear round of team mate Sandra Auffarth and Vivant du Matz, the German team is currently on 114,20 points.

Riding Grovine de Reve, New Zealand rider Jonelle Price stayed clear in her showjumping round. With that the New Zealand team is still on 104,40 points.

8. Fence down for both Australia and France

The second team riders are putting us on the edge of our seats. Both Shane Rose (AUS) with Virigil and Karim Florent Laghouag (FRA) with Triton Fontaine took a pole with them. With that the team remain in a similar position. Australia in second place with 100,20 points; France in third with 101,50.

Ohh no, and a fence down for Laura Collett and London 52! Great Britain is still in the lead with 82,30 points, but it certainly made us a jump up a little from our seats! With 29,80 Laura is still holding onto second place individually, placing herself for the individual finale.

For Japan, Kazuma Tomoto jumps his Vinci de la Vigne to a spot for the individual finale. His Esterel des Bois-gelding knocked down one pole, coming to a total of 4 penalties to add to their score. They’re now on 31,50 points, right in between Laura Collett (GBR) and Michael Jung (GER). With a total of 358,50 points, the Japanse team unfortunately makes no claim on any team medals anymore.

11. A lovely round for Swiss Melody Johner

A lovely clear round by Melody Johner (SUI) and Toubleau de Rueire puts the rider for Switzerland in tenth place and qualified for the individual finale. Her team mate Felix Vogg and Colero have qualified individually too. After the incredibly saddening loss of Robin Godel’s Jet Set yesterday, substitute Eveline Bodenmuller and Violine de la Brasserie stepped in to support the team after this tragic loss. The combination remained clear. The team is at 339,40 points now, which includes the 200 points penalty for Godel’s withdrawal.

With a perfect, faultless showjumping round the German rider Julia Krajewski and Amande de B’Neville take over the individual lead from Tom McEwen (GBR). She’s now at 25,60 penalties. With three clear rounds by all German riders, the team is now on 114,20 points. We’ll see how the final riders of the USA, New Zealand, France, Australia and Great Britain do to see what that score will mean for the team ranking.

13. Fence down and time penalty for Martin Boyd (USA)

A fence down and a time penalty adds 4,40 points to the total of Martin Boyd and Tsetserleg TSF. They’re now on 38,70 points and put the team to a final total of 125,80 points.

What a disappointing effort from Tim Price and Vitali. The combination took three fences down, adding a painful 12 penalties to their score. Price comes to 38,80 points to that, putting his team on 112,20 penalties. With that both the USA and New Zealand fall behind the German team.

Well done Christopher Six and Totem de Brecey! With that lovely clear round the combination puts France to a total of 101,50 points, securing a team medal!

17. And gold for Great Britain!

Great Britain has absolutely dominated the eventing this weekend. The final rider to start, Oliver Townend and Ballaghmor Class, lost their individual top spot, but won team gold. He added 4 penalties to the overall score of 86,40 points, which is still a huge leap to Australia’s 100,20 points in second place.